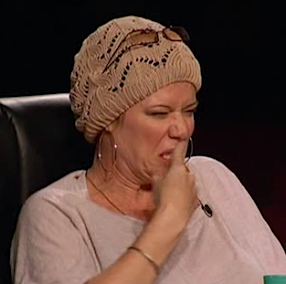 Cough cough…sputter….sputter…what’s this? Ah yes, the return of Teaching Tip Tuesday!* For those just joining, this is a chance for all you lovely people to submit a link to your blog postings that you think will help teachers and parents and mental health professionals work better with children.

Today’s example comes from when I joined a Hip Hop dance performing troupe a few years ago.** I was super stressed out from my job, and needed an outlet. What better way to relieve stress than to exercise and challenge myself to use an unused part of my brain? I was so focused on trying to coordinate complex moves, get over my fear of looking like a lame white girl with no rhythm, and meet a new group of people. And that was just what I needed. For a few hours a week, I didn’t think about how there were way too many kids on my caseload, way too many crises, and not enough time to do my job as a school psychologist in my urban public schools.

I have a dance background. I was one of those kids who took tap, jazz, ballet, funk, hip hop, cheerleading, circus (really), and gymnastics and wanted more. I hadn’t danced in a while though, and somehow I suspected that the “robot” was no longer cool in hip hop.*** Anyhoo, I auditioned and made the team as an “alternate” meaning I could train with these professional dancers.

I worked my a** off trying to keep up, lost 15 pounds in the process, and then totally hit a wall and was not progressing. I even got the “Most Improved!” award, which we in education all know means “You suck just a little less than just a month ago!” We had these “Feedback” sessions in which you would perform in front of the other members of the troupe and each person would tell you what you were doing well and what you needed to work on. Well, after performing a classic piece to E-40, the head dancer gave me the following feedback:

“You’re a good dancer, but you need to put some stank on it.”

Right. Some stank. I’ll get right on th…wait? What?

The feedback was clearly not specific enough for me to do anything with it. Did she mean my facial expressions should be more stanky? Should I hit the moves harder? Lower? Faster? Not shower? WHAT?

And this is the problem with general feedback. Students don’t know what to do with it. When I was at Berkeley, my advisor once told me, “This is the worst dissertation prospectus I’ve ever seen in my 30 years at Berkeley”. NOT HELPFUL. Now if she said, “I am concerned about your Methods section and we need to rework your statistical analyses,” I would have known what to do. So as you go about your day working with kids, remember that specific feedback (and specific praise, for that matter) are much more useful for getting a kid to change his or her behavior. Even “Good job” or worse yet, “Good boy!” is far less helpful than “I like how you used a topic sentence.” Then the kid knows what was good about the performance.

And here’s the fun part. Good, specific feedback alone can change behavior. It’s like those speed monitors they sometimes put on roads where people speed, that let you know you are going 37 miles per hour in a 25 mile hour zone. What is your instinct when you get that specific feedback? You slow down. Now imagine it said, “You’re doing it wrong!” You wouldn’t know what to do.

One final point: always try to sandwich negative feedback in between two layers of positive feedback. If I were that head dancer, I could have said:

I like how you made a stanky face when you hit that move so hard. Now I want you to take that same attitude during other moves, because you look like a cheerleader. Don’t hit the moves so stiffly, loosen up.

*I know it’s Wednesday. Shhhhhhhh.
**Perfectly normal thing to do.
***It actually has made quite the comeback. I could have been the first to revive the retro coolness of it.

Comments on Teaching Tip Tuesday: Put Some Stank on It