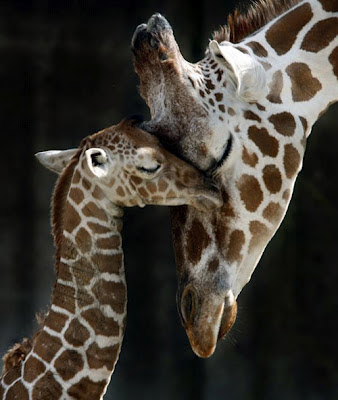 This is my first Mother’s Day as a new mom! When my husband asked me what I wanted to do, I told him, “I want to sleep in.” I added, “until at least 7am.” A mom can dream, right?

I got an early Mother’s Day gift of Baby B saying “Ma-ma” for the first time the other day…in context, not as she was gnawing on a wooden spoon or something. She distinctly said, “Ma-ma” and outstretched her arms to me. And I died.

But enough about my awesome baby (for now). Unless you want to hear about her latest developmental milestones, that is. *crickets chirp* Okay fine, I’ll tell you. She is pointing! I was so excited, I told my friend, Amber yesterday:

Me: Baby B has a new trick. She is pointing to indicate interest, which shows a burgeoning theory of mind, in which she understands that I have thoughts different than hers!

Amber: Does she have a burgeoning sense that her mom is a huge nerd?

But I digress. This post is about school psychology, not my mommy diaries. Therefore, for Mother’s Day, I give you the top things school psychologists need to know about motherhood:

1) Kids do waaaaaay more at home than they do in other settings. I know, this seems obvious, but before Baby B, I would sometimes raise a skeptical eyebrow when parents would describe their kid’s behavior or skills at home as much more sophisticated than what I was observing. I sometimes found it hard to believe that the shy kid in my office was Chatty McGee at home. Then, I had my own kid. Baby B can be a straight up infant blob in public, and at home, she’s pointing and imitating language and crawling around like a genius child. She also does not perform on demand when I try to get her to show her relatives her new developmental skills. She’s not anyone’s trick pony, thank you very much. As a school psychologist trying to get a little one to perform on demand, I can see why parents say, “She can do it at home though!” It’s not always a case of the parent having a halo effect on their own child. Kids do better in familiar environments.

2) The instinct to protect your child from all things unpleasant is ridiculously strong. Before Baby B, I would sometimes catch myself judging overprotective parents. I would tell parents, “We can’t smooth out the ocean for our kids, we have to teach them to ride the difficult waves.” Good advice, right? Sure, but I totally get it now about how hard it is not to try to make everything happy for your child. When Baby B bonks her head, when a little boy takes a swat at her on the playground, or when she is crying because she can’t reach that toy, your heart aches to make it all better right away. I have to consciously stop myself from trying to save every wonky attempt at standing, doing a peer mediation with the swatting boy, or push the toy over to her to make it easier. Doing so would prevent her from learning.

The hardest thing was teaching her to self-soothe and fall asleep on her own. Any parent who has done some form of “cry it out” knows that you have to fight every instinct you have to swoop in and soothe your baby. It reminds me of that True Blood episode when the witches put a curse on the vampires to have a strong urge to go into the sun and they have to put burning silver chains on themselves to stop themselves. Hearing your baby cry and not going to her is like emotional silver chains. Or at least it was for me. And then, after a few nights, she learned how to put herself to sleep and it’s all good. So next time you think a parent is being too fiercely overprotective, know that it is hard not to be. I mean, I don’t want to be that mom who yells at the principal because during a fire drill, her daughter went outside without any sunscreen on or anything (true story), but I’m just saying I get the inclination to overprotect.

3) Mothers get judged all the time, unless it is Mother’s Day, and being a mom is hard. We do the best we can with the tools we have. Moms are often blamed for everything. If we do attachment parenting, we are smothering. If we don’t, then we are cold and ruining our children’s attachment. Many a therapist’s couch is full of someone complaining about his or her mother. I also find that school staff are sometimes quick to blame the mother for their kid’s difficulties. Sure, there are instances where there is a parenting issue contributing to the kid’s challenges, but it is far better to support the mom than to blame. As a mom, there have been many times when I don’t know what I’m doing, and one call to another mom for support is all I need. Because the problem isn’t that there isn’t a manual for raising kids, there are TOO MANY manuals with conflicting advice. Every mom has to discover what works for them in their particular situation. As a school psychologist, I now spend more time asking questions of moms instead of prescribing “easy” solutions. Moms know their kids best and what will and will not work.

4) Moms often know what to do to, but don’t have the energy because they are teaching a human how to do everything all day. Give them a break! I have a school psychologist friend who has a toddler and her partner is also a school psychologist. I remember her telling me a story of how her kiddo was fussing for something and she gave in. Her partner said, “You know you just reinforced that behavior, right?” And my friend said, “I know, but I’m tired.”  As school psychologists, we talk to parents about being consistent. Yep, I totally get it, but sometimes you are just tired. And that’s life. There’s a difference between being consistent and being rigid. Sometimes, kids miss their naps and sometimes you give in so you can go to the grocery store with a happy baby instead of a fussy one. So perhaps school psychologists should be asking “what conditions and supports need to be in place to have consistency in [insert behavior]? instead of “are you being consistent in [insert behavior]?” Being consistent is hard. Especially because your little one has such a darling face and sometimes, you give in. Babies have darling faces that makes you want to bend to their will, even when they are being tiny tyrants.

So to all the mamas out there, I hope you have a wonderful Mother’s Day today! And a special shout out to my mom for all she has done for me–thank you! Also, as a special treat, if you want to die of a cute attack on this fabulous day honoring moms,  just google “mama and baby animals” like I did for the picture for this post. You. Will. Die.