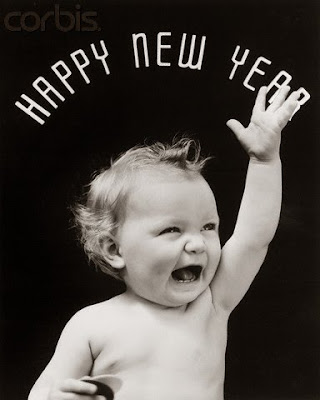 Needless to say, 2011 was a big year for me (and I mean that literally and metaphorically–I was a huge pregnant person for most of the year.) Towards the end of my pregnancy, I was getting that look from people. I know they were thinking: “Should she be out in public? Shouldn’t she be in a hospital right now?!?” I know they were thinking that. But in the end, I got a perfect little baby girl, so it was all worth it. I have my very own developmental psychology project (n=1). Really, having a baby is easier than being a school psychologist. Caseload of 1, anyone? In my job, I was pulled in 8 hojillion directions to work with hundreds of students. Now I can focus on just one. It’s a dream come true. Oh, and in case anyone is tracking her development, she is not only reaching for desired objects, but trying to move to get them (in 2 out of 5 trials as measured by mama charted records). Just kidding not really.

Once again, my love of writing about Baby B has distracted me from the real point of the post. I love writing the year in review post because I get to reflect on the year in the life of a school psychologist. Only this year, I also got to reflect on how I was too tired to write a lot of posts because I was busy making a person. I always thought about great posts and then I thought a post-work nap would be a better choice for a tired pregnant lady. I reasoned that I would not get many chances to nap at will once the baby was born. I was correct.

So without further ado, here are the best posts of the year (as measured by a weak measure of number of comments). New Year’s Ressie for 2012 is to figure out how to read my analytics on feedburner to find the most read posts. That is if I’m not too tired from raising a small person…

January: My musings on the shooting in Tuscon. Not exactly an inspirational post, but isn’t it interesting that the media has totally abandoned coverage of mental health issues since then? Now it’s just cut cut cut mental health services from schools like nothing happened. Boo.

February: Default winner since I only wrote one post is the one in which I get spit on and then blamed for it by the police. My extreme reaction actually may make more sense now that you know I was pregnant during this episode and was a bit emotional…

March: A classic one in which I dance with a tiger mom.

May: The most commented on post of the year, probably because it was the most controversial. A post about who is best equipped to assess for ADHD

June: Yeah, June was weak. I only wrote one post because I was hot and fat (pregnant). A post on not posting.

July: Here was a post on my dogs, but not really. A post on Banning the L word from kids’ vocabularies.

August: It was a tie between a post on my battle with mindfulness and my love of working with students with oppositional behavior.

September: My Labor Day Confession about why I didn’t go back to work in the fall. Hint: 9 lbs, 1 oz. Seriously. I told you I was huge. My family is full of small women who make huge babies. It was genes, not ice cream! Sort of.

October: Here was a post on how Halloween messes up assessments.

November/December: Actually, the most commented on post was a contest that required one to make a comment, so I’m gonna go with my favorite instead on Baby Leg Warmers.